How do you block your knits? I generally soak them in tap water for about 10-20 minutes (without any detergent), squeeze out any excess water, roll them in a towel to get them a bit drier (I usually stamp on the towel to get them as dry as possible), then lay them out flat to dry. I used to dry them outside on days when the weather was good, but today I'm going to share a cautionary tale about what can happen when you dry your knits in the open air...

A few years ago, I had been working on a Breton-inspired children's jumper and I was really pleased with how it had turned out: fresh and cute, and my daughter loved it, so I was hoping it would get plenty of wear. 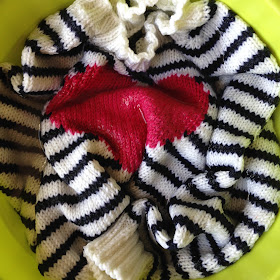 As the sun was shining, I soaked the jumper over breakfast, squeezed the excess water out into a towel and laid the jumper out on blocking mats in the garden to dry. I then went out for the day as planned. 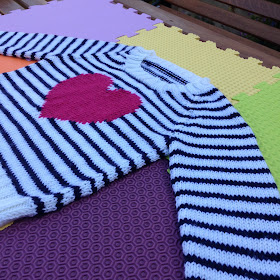 When I got home after lunch I went to the garden to pick up the jumper, and was pleased that it was nice and dry. But on closer inspection it wasn't quite the same as when I had left it. The front of the jumper had yellowed slightly. My immediate thoughts were sun damage (which seemed unlikely, while the sun had been hot the jumper had only been out for a few hours), or some sort of dust. I threw the jumper in the washing machine on a wool cycle, hoped for the best, and posted a photo to Instagram in case any one had any useful advice. 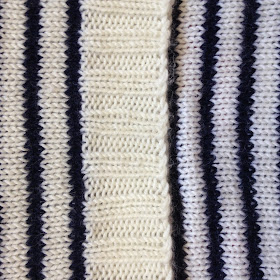 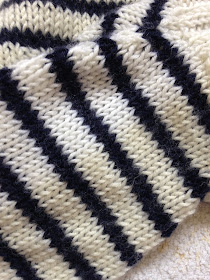 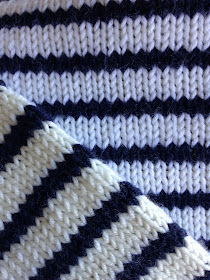 A couple of people suggested pollen, which seemed reasonable as the pollen count has been really high that day. I set about using the internet to research ways to get pollen out of clothes, and while there are many, many helpful suggestions, most involve using biological stain removers, which won't work on wool.

When the jumper had finished washing I fished it out of the machine, hoping that it would have returned to its original state. No such luck. I soaked it a couple of times in cold water, to no avail, then squeezed the water out and hung it out (inside, on a clothes rail) to dry, hoping that it would look better when dry.

When my husband got home from work he took a look at the jumper too, and quickly concluded that it was indeed sun damaged. And irretrievable.

I had dried knitwear in the sun many times, and never had any problems, but having done some more research, many yarn companies say not to dry yarn in direct sunlight, but none of them say why. It would appear this is the reason: wool is fragile and scorches easily, so my advice is never to dry knitwear in direct sunlight. And while I'm at it, wear sunscreen; if the sun can do this to yarn, imagine what it can do to your skin.
This happened a few years ago now, and I never dry my knits in direct sunlight any more. They're fine in the shade, but I usually stick to drying them indoors, just in case I forget to move them before the sun moves on to them.
My tale of blocking woe wasn't a complete disaster. While I did knit an entire second sample in a different colourway, I did manage to take some photos of the original sample for the pattern, just don't look too closely or you might see that the jumper features two shades of white! 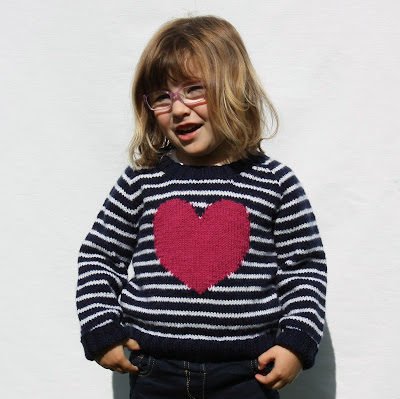 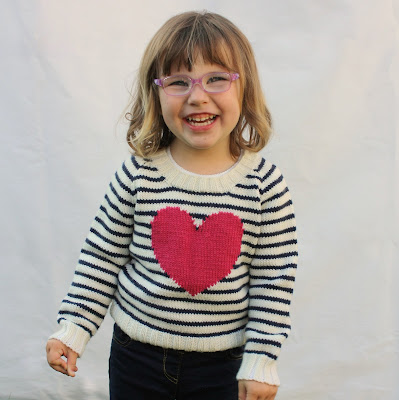 Have you ever had any blocking disasters?
Pattern is From Breton with Love, available on Ravelry* and LoveCrafts (affiliate link).

*Ravelry link - may affect people with photosensitivity, proceed with caution.
Note: a version of this blog post was published on this blog in 2017. You can find the original post here. 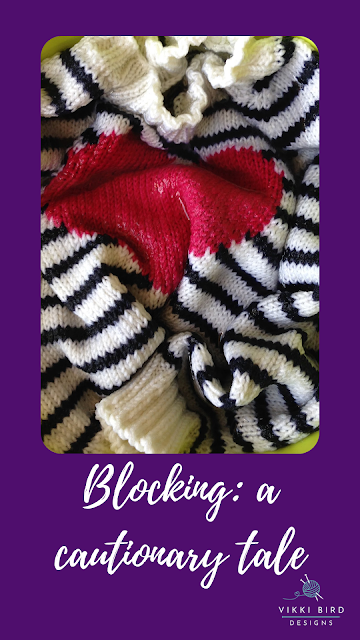